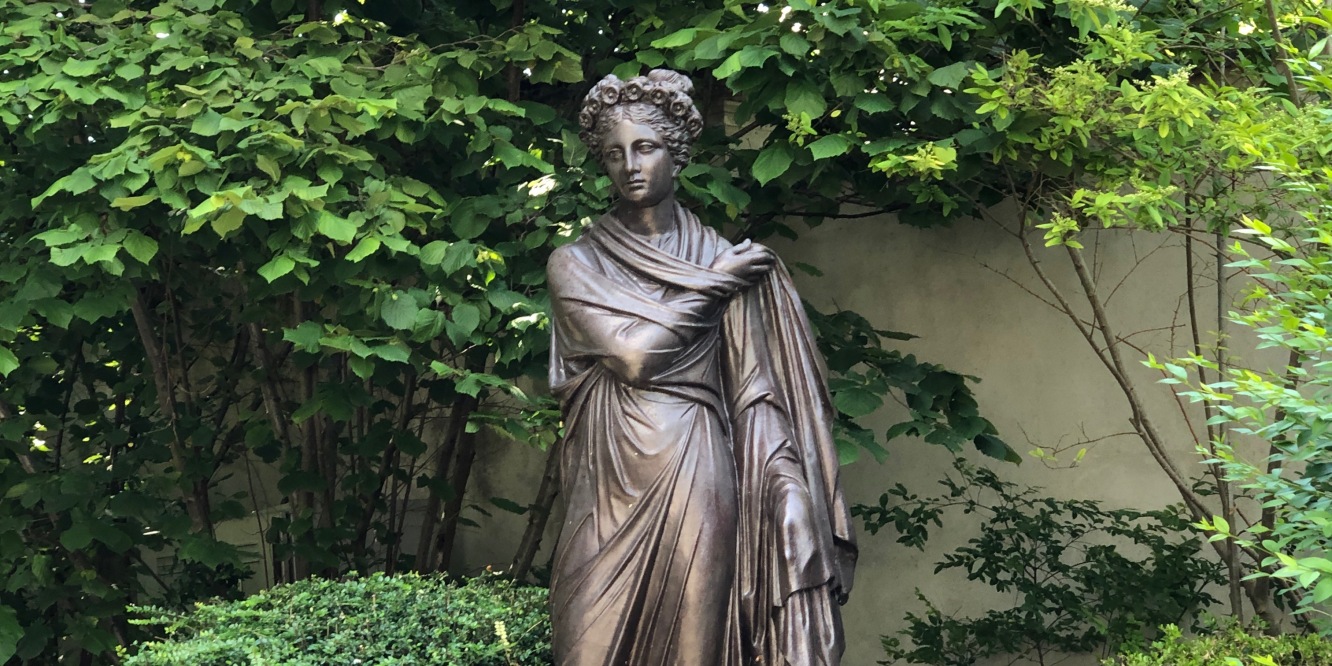 Walking around Epernay along L’Avenue de Champagne we came across the Town Hall that sits within the lush greenery of an enchanting French Garden. It is part of the Remarquable series of gardens that are scattered across the country.

As we wandered through the garden we found terraces, and formal areas, statues, weeping trees, fountains, a stone gazebo and small lake.

The elegance and formality of a French Garden was visible on entering the garden, but as we went further the garden began to be wilder and more naturalistic.

With each turn of the bend in the path were surprises to discover. A glimpse here and there of the pond through the trees as you walk and then the unexpected delight as you came across a charming bower.

Overall, the garden gives you the impression you are in a natural parkland and the garden had not been planned at all. It was far more an English rather than a French garden.

The “Remarkable Garden” label pops up all over France and was started by a proposal of the National Parks and Gardens Council in 2004. As the name implies it is a badge to recognise a garden or park whether it is private or public, large or small that is of aesthetic, cultural, historical or botanical relevance and the design, plants and maintenance are considered ‘remarkable’ or outstanding.

The garden must also include native plants and be related to and integrated into the natural terrain. There are more than 300 Jardin Remarquables across France including Chateau de Villandry, and the Palace Gardens of Versaille. There are also hundreds of smaller or kitchen gardens that are labelled Jardins Remarquables.

The Garden of the Town Hall in Epernay was created in 1910 by the plans of JB Thomereau landscape architect. It was labelled remarkable, in 2012 and we found out later was, as expected classified as an ‘English Landscape Park’.

We were delighted to have found the Town Hall Garden because in our explore later in the labyrinth of deep cellars at Dom Perignon (across The road) we were actually underneath the Town Hall.

Content and images by Di Baker 2019 All Rights Reserved